Many elected officials within the Township are proud members of the Randolph Republican Club. 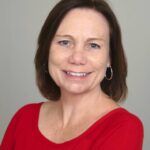 Christine Carey was elected to the Randolph Township Council in November of 2012. She was the township’s deputy mayor in 2016 and 2019 and mayor in 2017 and 2020. She is a long time volunteer in the Randolph community who has served on the board of adjustment, the planning board, parks committee, recreation committee, municipal alliance committee, traffic advisory committee, library board of trustees, Center Grove PTA and Randolph PTA Council. Chris was previously elected to three terms on the Randolph Board of Education and served as president for four years. She has also been active in Resurrection Parish and on the board of the Friends of Jersey Battered Women’s Services. A graduate of the University of Pittsburgh School of Pharmacy, the State University of New York at Buffalo School of Pharmacy and Golden Gate University Law School, Chris has worked for many years in the pharmaceutical industry and is currently a vice president at WebMD. A township resident for more than twenty years, Chris resides on Wilkeshire Boulevard with her husband Frank Brenner. They have three children—Kelsey, Nick and Joey. 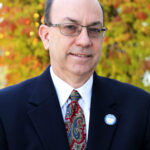 Mark H. Forstenhausler was appointed in February of 2014 to fill the council seat left vacant by Thomas MacArthur and then was elected for full terms beginning in 2015. Mark, who was mayor in 2018 and 2021, has been a long-time volunteer, serving as a volunteer firefighter in Randolph for 28 years. He served as Millbrook Company #2 chief in 1999 – 2000 and Randolph Township Fire Department Chief in 2005 – 2006. Mark has also served as a commissioner on the Randolph Township Board of Adjustment for three years. Since joining the council he has also served as council liaison to the trails committee, recreation committee, safety committee, environmental commission, municipal alliance committee, wildlife management advisory committee and the board of education, in addition to many other work groups and committees. He is a parishioner of Resurrection Parish. Before moving to Randolph he was a volunteer firefighter in North Caldwell for 17 years. There he served in many roles including president and assistant fire chief. After achieving the rank of Eagle Scout, Mark volunteered as an assistant scout master. He is a graduate of Montclair State University. He is currently employed as a fire protection consultant with City Fire Equipment Company in East Hanover. A township resident for 28 years, Mark resides on Heather Lane with his wife Susan and daughter Lauren, who graduated from Randolph High School and Cornell University. 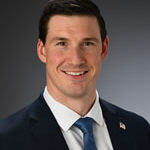 Joe Hathaway was appointed in May of 2022 to fill the vacant council seat following Lance Tkacs’ retirement. Joe is a graduate of Yale University where he majored in political science. He also played varsity football, earning All-Ivy League honors. Professionally, Joe has spent over a decade in corporate affairs and communications, both in the public and private sectors. He has managed executive communications and operations in the healthcare industry, both at global pharmaceutical companies as well as healthcare technology and marketing agencies. He also has years of experience in financial services, having spent time at large, publicly traded institutions, as well as specialty insurance firms. Joe was named to public relations industry trade publication, PRWeek’s 40 Under 40 list in 2016. From 2010-2014, Joe worked for the state of New Jersey as an advance director for the Office of the Governor, leading operations and logistics for all public engagements between the office, constituents and municipalities across the state. A lifelong New Jersey resident, Joe attended Clifton High School, where he captained the football and track teams, and where he still holds the shot-put record. He was inducted into the Clifton High School Athletic Hall of Fame in 2015. Prior to Joe’s appointment to the township council, he served on the Randolph Recreation Advisory Committee. Outside of Randolph, Joe is a member of the Yale Football Alumni Association. He and his wife Whitney live on Wilkeshire Boulevard in the Center Grove section of the township with their two young children, James and Elle. 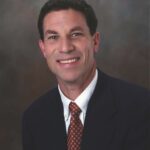 Jim Loveys was selected August 30, 2010 to serve out the term of former council member Jay Alpert and then was elected for a full term beginning in 2011. He previously served as deputy mayor in 2013 and then mayor in 2014 and 2019. He is a long time volunteer who has served on the landmarks committee, several recreation committees, and has coached baseball, football, hockey and soccer. He serves as an usher at St. Matthew’s Parish where he was formerly a member of its building committee. A graduate of Middlebury College with a BA in economics, Jim has been a partner in a Parsippany real estate management firm for the past twenty-nine years. A Randolph resident for over twenty-five years, Jim resides on Fieldcrest Court in Ironia with his wife Karen and their four children. 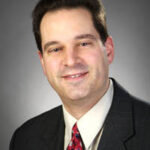 Deputy Mayor Lou Nisivoccia was elected to the Randolph Township Council in November of 2018. Lou has served as president of the Randolph Area Chamber of Commerce and as a member of the following Randolph Township committees: economic development committee, recreation advisory committee, advisory environmental and landmark committee, board of health, and a trustee on Randolph Township’s library board. He is also a member of the Salvation Army Advisory Board, Morris County Airport Advisory Committee, First Bank Advisory Board and the Randolph Football Alumni Association and serves as a co-catechist at St. Matthew the Apostle Parish. He is a past president of The 200 Club of Morris County, a non-profit organization supporting the families of fallen police officers and firefighters. A graduate of Randolph schools and Cornell University, Lou is the founder and managing director of Nisivoccia Consulting LLC. A lifelong Randolph resident, Lou resides on Heritage Court with his wife (and best friend!) Jackie and their two children who attend Randolph schools. 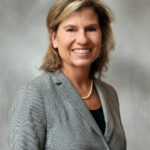 Mayor Marie Potter was elected to the Randolph Township Council in November of 2018. As a volunteer in Randolph, Marie has served on the Randolph Township Board of Adjustment for four years, several recreation committees, and coached girls’ basketball. Marie has been on the board of Center Grove Elementary School and chaired the build of the playground. As a previous Randolph Education Foundation (REF) board member, Marie founded the “Randolph Rocks 5K” race and she initiated REF’s “Second Pair” project to provide warm clothing for Randolph students in need. Marie is an active member of St. Matthew’s parish in Randolph, where she formerly served as a trustee. Marie earned a bachelor’s degree in engineering and master’s degree in computer science, both from Stevens Institute of Technology. As Randolph residents for over twenty years, Marie and her husband John reside on Shadowbrook Way where they are raising their four children—Sean, Katie, Matthew and Caroline. 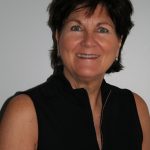 Joanne Veech was selected August 4, 2011 to fill the vacancy resulting from the resignation of former council member Gary Algeier and then was elected for a full term beginning in 2013 and then was re-elected in 2016. Veech, who served as deputy mayor in 2014 and mayor in 2015, is a long time volunteer who has been a commissioner on the board of adjustment for over a decade and chaired Randolph Township’s Traffic Advisory Committee (TAC), bringing statewide recognition for Randolph’s lead on teen driver safety. She developed and delivered the modified “Alive at 25” program to thousands of adults, police officers and teens and co-authored a “How to Guide” for municipalities to start their own TAC and conduct high school parent and teen programs. Councilwoman Veech was awarded the New Jersey Safety Council’s Distinguished Service Award, “The Beacon Award,” in 2009 and was named a “New Jersey State GDL Champion 2011.” She has served as liaison to the following boards and committees: recreation, parks, library, board of health, safety, planning board, traffic advisory, environmental and is currently working with the newly formed community garden subcommittee. She has a long history of service with recreation and high school sports’ booster clubs. She has a BS in accounting, an MBA, and is a NJ Certified Internal Auditor in inactive status. A member of Resurrection Parish and an FDU graduate, she retired from PricewaterhouseCoopers, where she was a Director of Global Human Capital, and resides with her husband Skip on Tammy Hill Trail. Her two grown sons Billy and Blaise live near by.